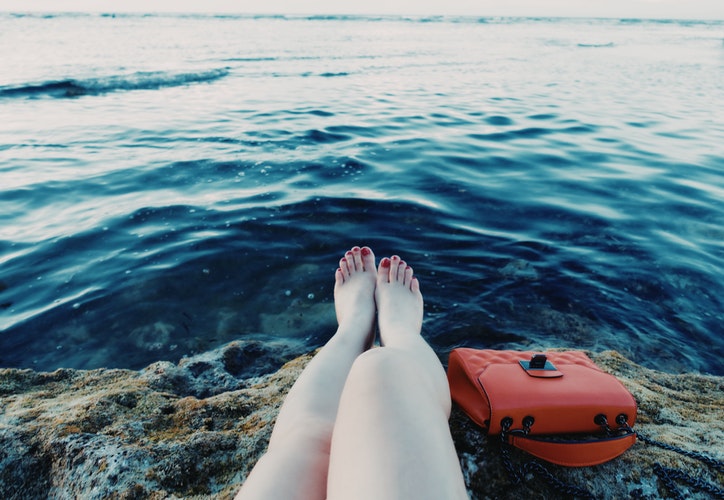 Ly Son island  has so many things to explore, green beaches, white sandy beaches, friendly people and special dishes. Some people said that: ” If you travel to somewhere without enjoying the food there, you are not there yet”. While travelling to Ly Son island, don’t forget to try eat these unique dish in this article. Discovering now, guys!

One of the specialties of Ly Son island, if anyone ever enjoy in the past, it must be difficult to forget the flavor of seaweed salad here. The rounded seaweed looks like coral branches, green in between the basil leaves, on top, sprinkle with peanut and little onions to make the smell, which stimulate the olfactory. 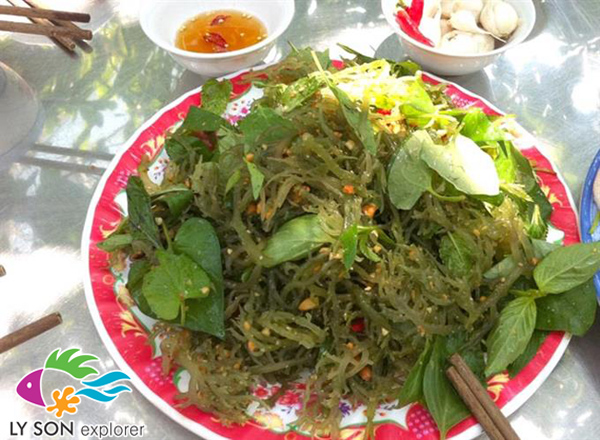 Ly Son Island is called garlic kingdom, the garlic bulb is also processed into an attractive salad. Ly Son garlic salad is made from garlic body, garlic spit up only take the body, remove the outer shell, washed and steamed without water and then mixed with spices, sprinkle a little peanut so we have a delicious salad with spicy flavor of garlic. 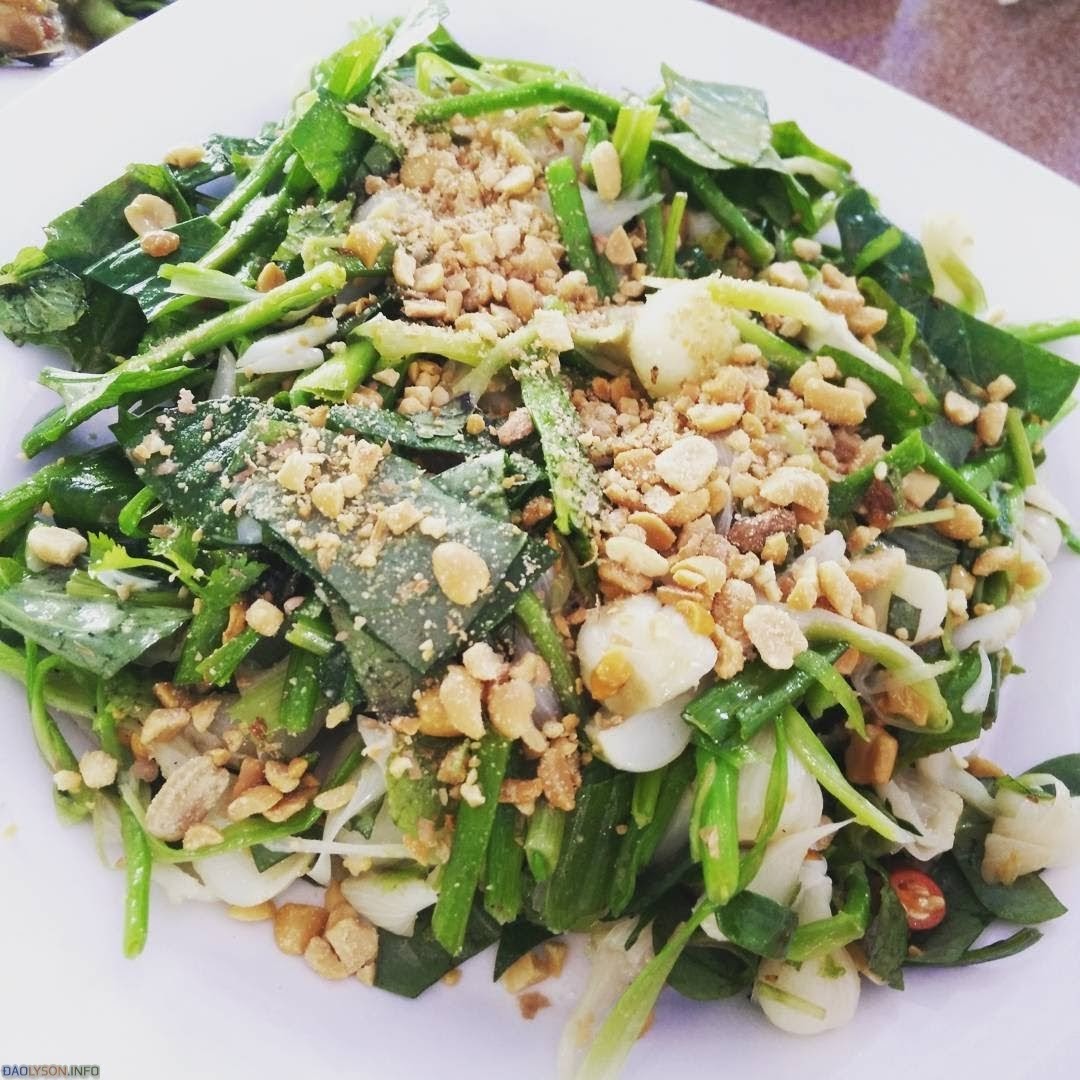 Giant clam is the most famous seafood in here, very popular with many tourists. The Giant clam is not easy to find, it is the sea snail but not all the sea has it. Ly Son Island is probably considered the home of the giant clam. The biggest and best giant clam to choose is like the large spreading hand, weighing about half a kilo. The people of Ly Son island can process this type of giant clam into simple dishes that are extremely delicious. 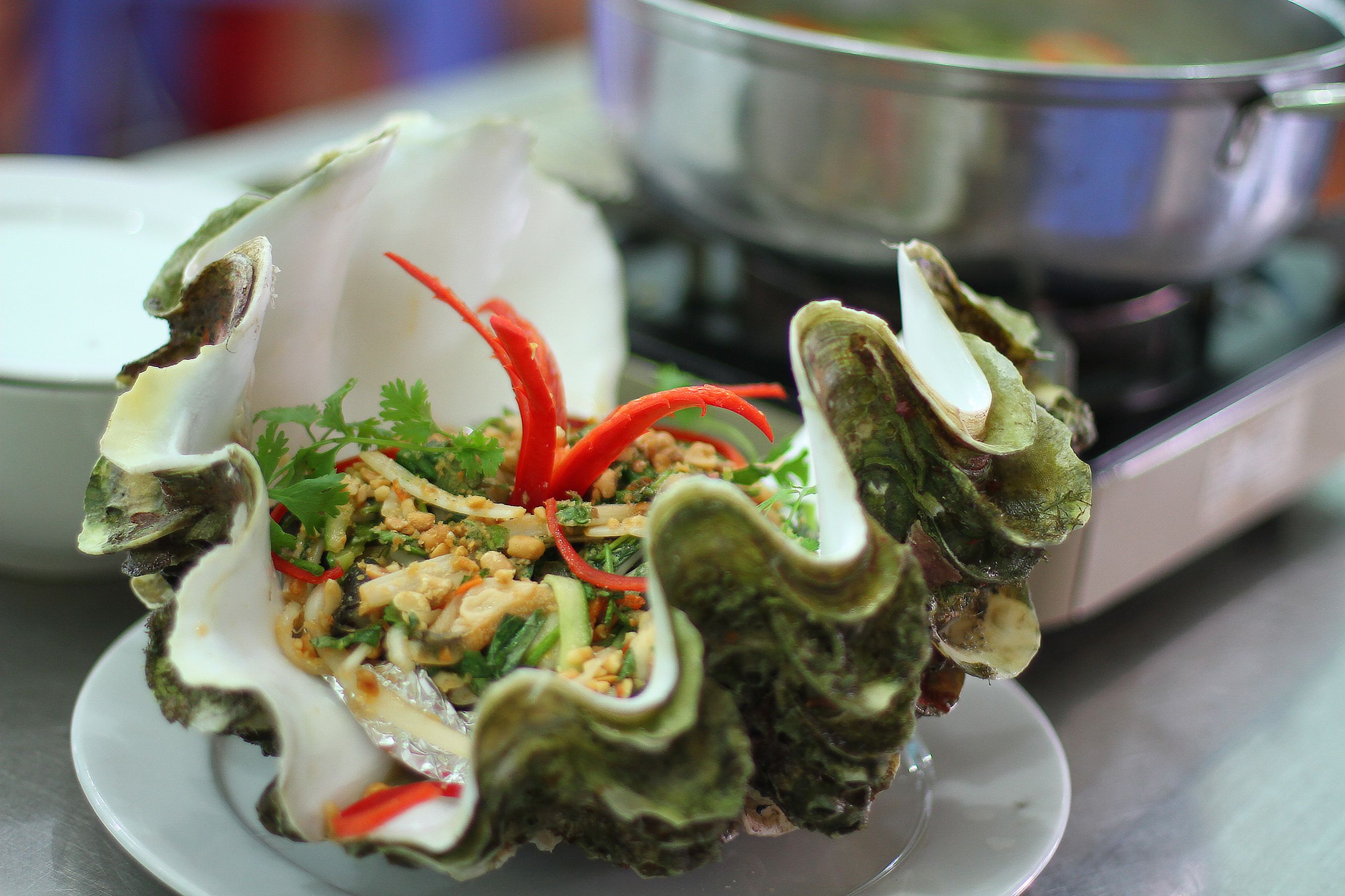 Called a conch because it is scabby on their mouth as a round buttons, which is solid like faux acajen. Its meat is crunchy and very sweet. The conch in Ly Son sea is better than in other seas. Conch is caught from the sea, where there are large waves, the snail is as good. When the tide is low, walking along the beach you can catch the conch, but only small one. If you want to have large conch, you must go to very deep places. Conch is often processed by local people such as grilled, boiled or fried with lemongrass and chili but still very tasty and unique, keep the flavor of specialties Ly Son island. 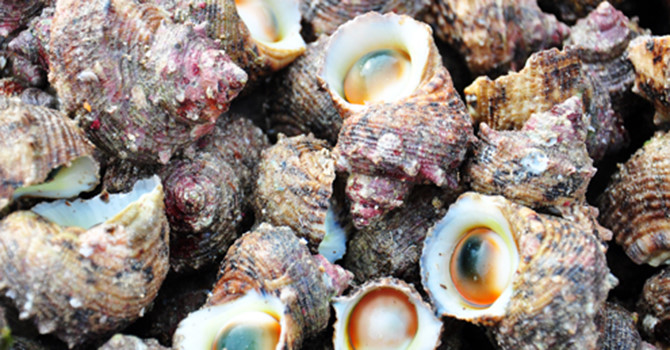 Come to Ly Son island, you can ot ignore the fresh seafood and one of the specialties of Ly Son island is king crab. The king crab is called king of the crabs, because it has a thick and hard armor, red as a warrior color, sharp pointy spines down the body, the pincers of crabs are big and as sharp as a razor. In the history, king crabs are the specialty for the Kings because of soft meat, as well as delicious and nutritious. 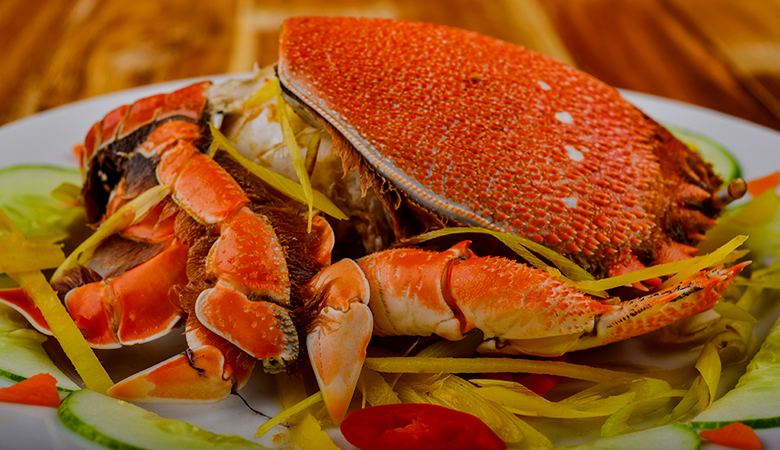 Flat crab is also considered a specialty of Ly Son island. Previously, visitors to the Dao Be, it is not easy to have a flat crab because not every day we can catch them. They just crawled from the rocky hollows after the torrential rains, now many households have raised them, you can comfortably enjoy them at any time.

The crabs look so dry and wild, but the smell is good when we grill it. Peeling black shell fired, these white meats appear and eating with salt mixed with chili is very yummy. 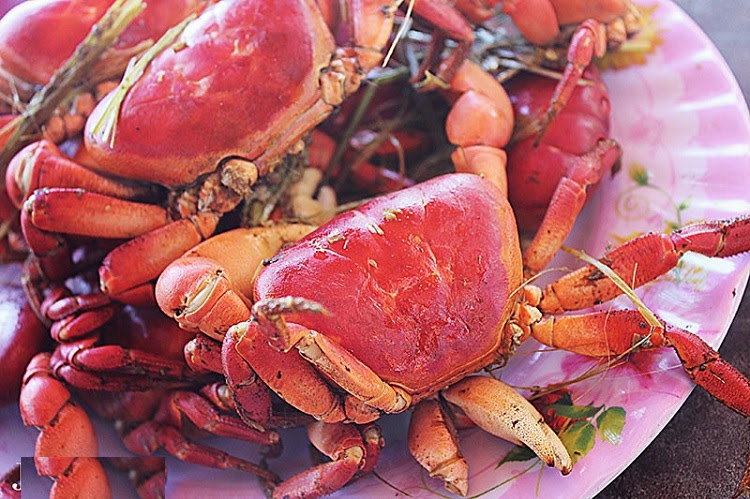 The Sea urchin – also called urchins- looks rough, ugly identical to the thorns, often clinging to the leaves from the leaves around the island. After catching, people cut it into half, eating the white meat with salt, lemon and wasabi, eating fresh as soon as picked up from the water or mix the meat with egg salted to eat rice. There are people who grilled or smoked meat with chopped banana and banana trees … But, the best is sea urchin porridge, eating in hot and the taste of this dish is very special, sweet, salty, mixed fatty. 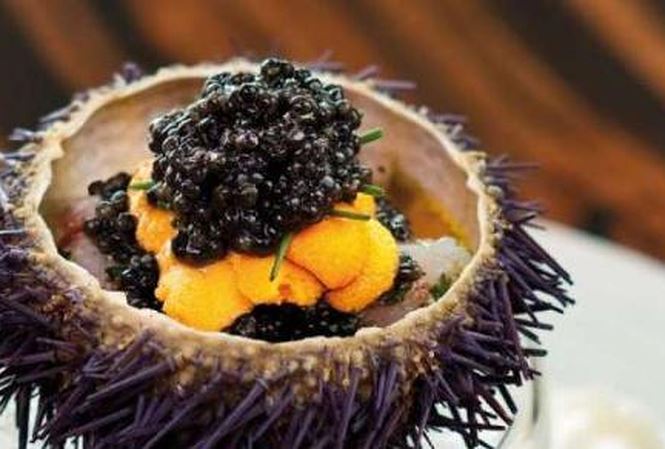 Stonefish is a sea-dwelling fish, with dark brown scales, and a flat body that resembles as a tilapia. According to the people in the island, this species of fish is called evil ghost because they live mainly on the reed, very smart, hard to catch, so folk called them like this. 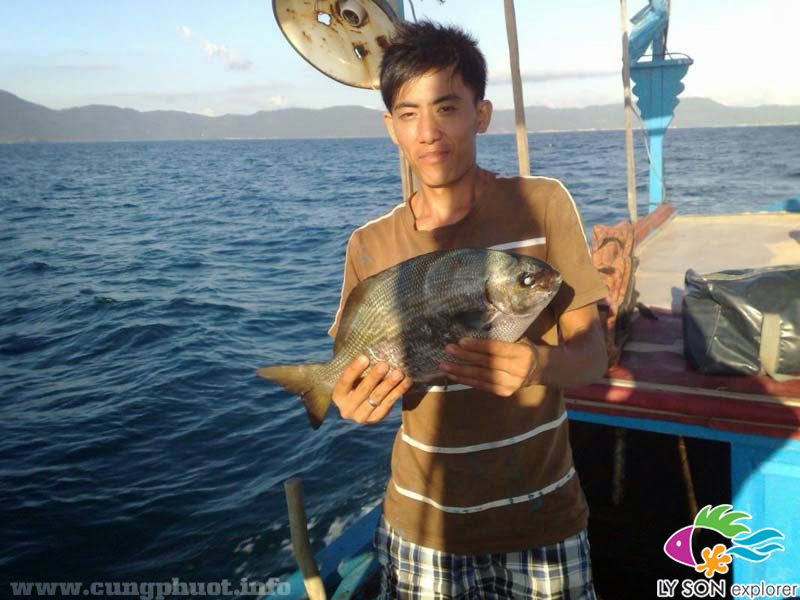 The meat is delicate with sweetie smell, strange aroma, the fish is the most delicious, so when eating this fish people must eat its body to enjoy the fat taste of the fish. In the winter, the islanders usually grill fish, under the summer heat and sunshine, they cook in soup, sour soup, hot pot and porridge.

Dishes are not sophisticated, complicated is the recipe of the sweet jelly salad is like the island people are always rustic. Jellyfish just picked up soaked in banana slices thin chopped deep in the water, then mixed with aromatic herbs, mango, starfruit, etc, and make the sauce by delicious fish sauce. In addition, the people here are cooking dries anion with oil, mixed equally, then sprinkle with fish sauce and seasoning for a good taste and sprinkle more peanuts on the top. 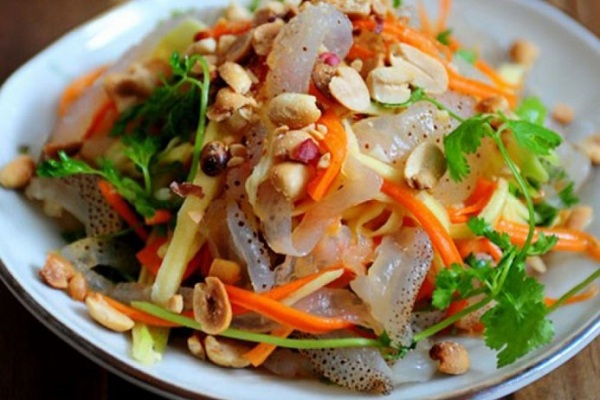 As you seen, Cuisine in Ly Son island is very special and delicious, right? One of the most interesting thing is that the price of them are really cheap. You can buy garlics, crabs, fresh fish and dried fishes in Ly Son island for you family or friends. That’s a perfect gift after trip for everybody. Have a nice trip, buddies! 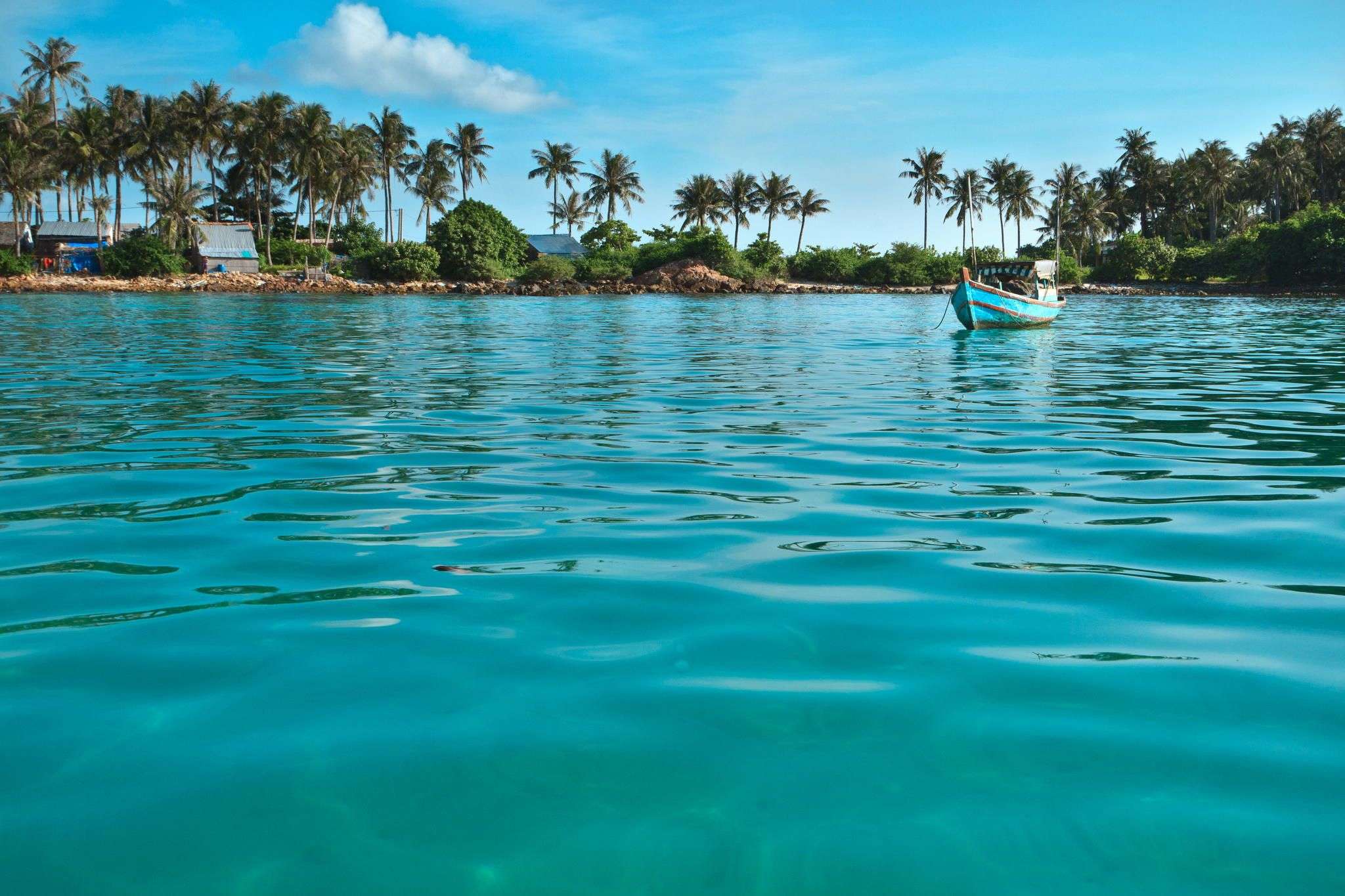 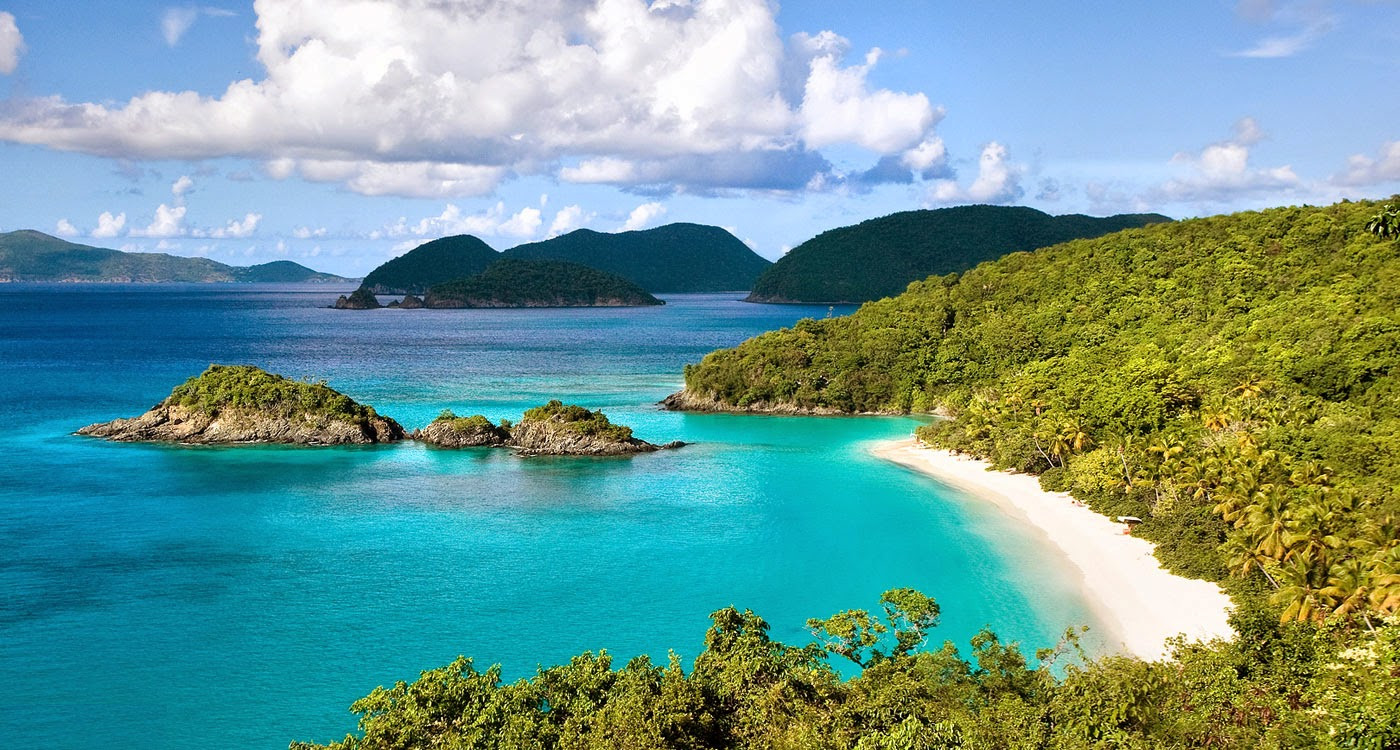 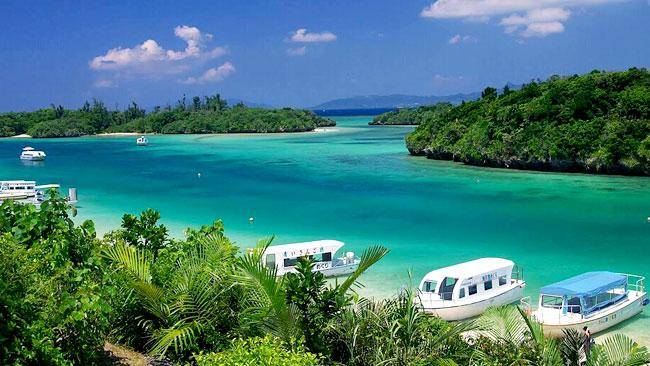 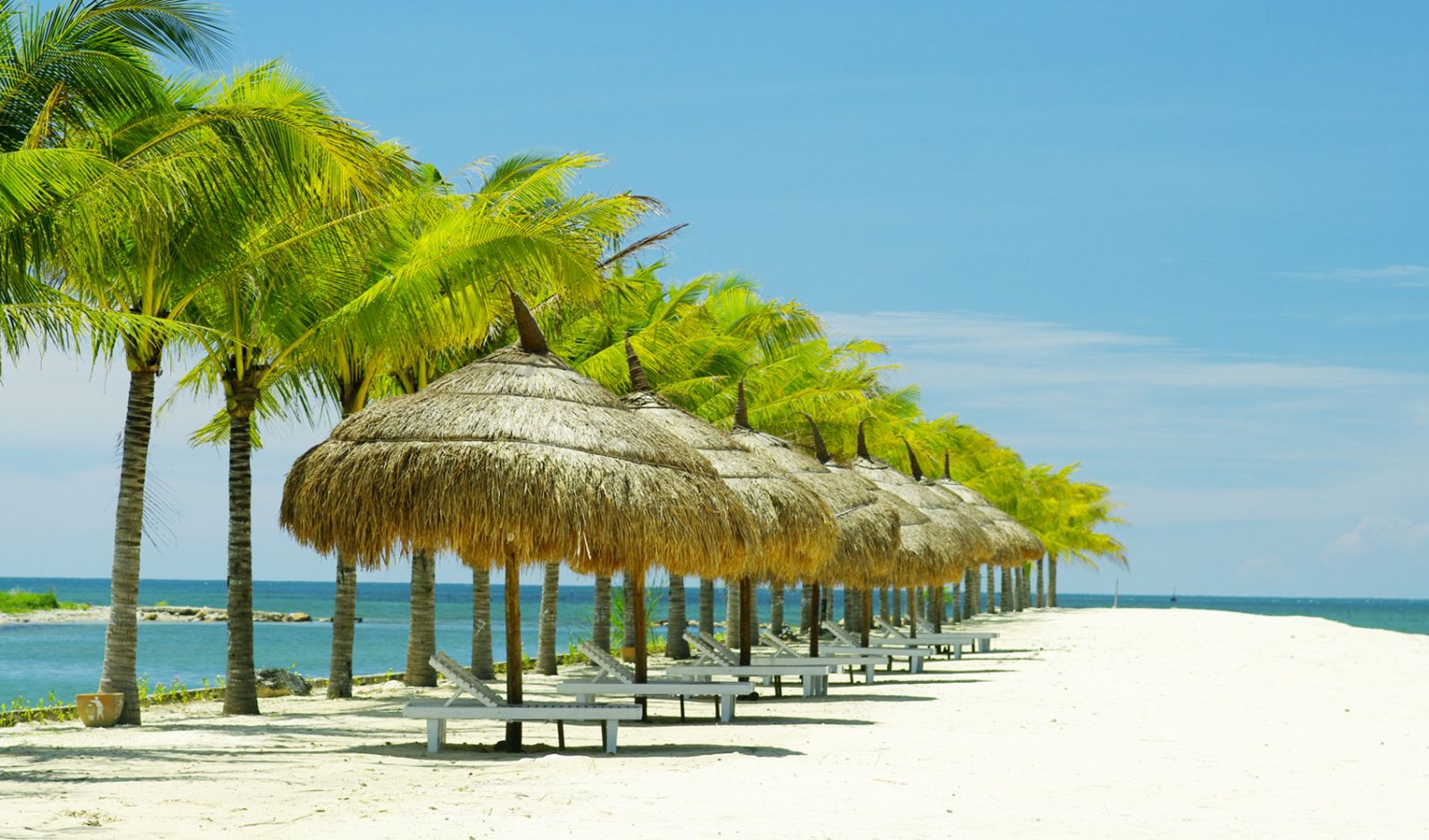 Travelling to Vietnam is good idea for those who love beaches, sun shine, and outdoor activities such are: volleyball on the beach, diving, surfing, flying kites or walking on the … 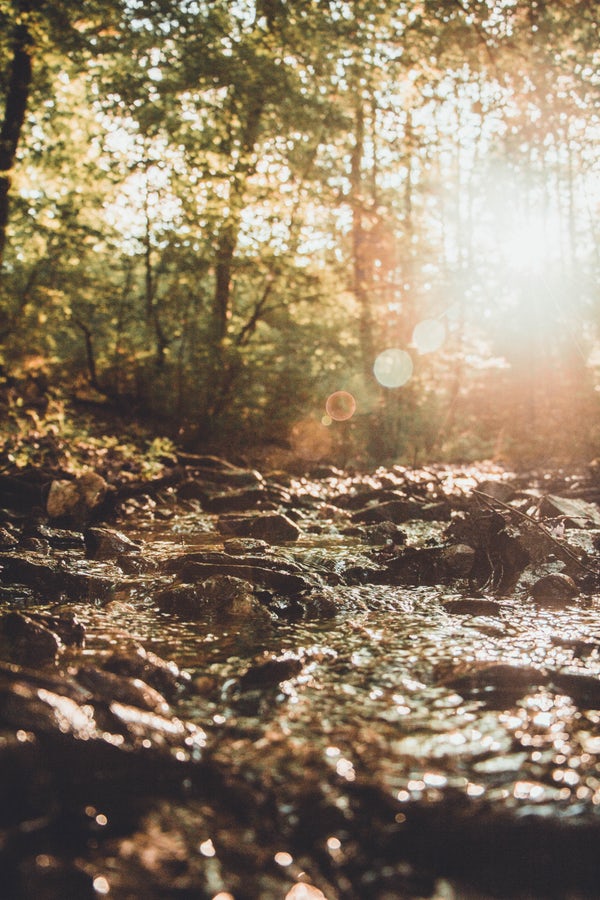 The most beautiful streams in Vietnam June 20, 2018 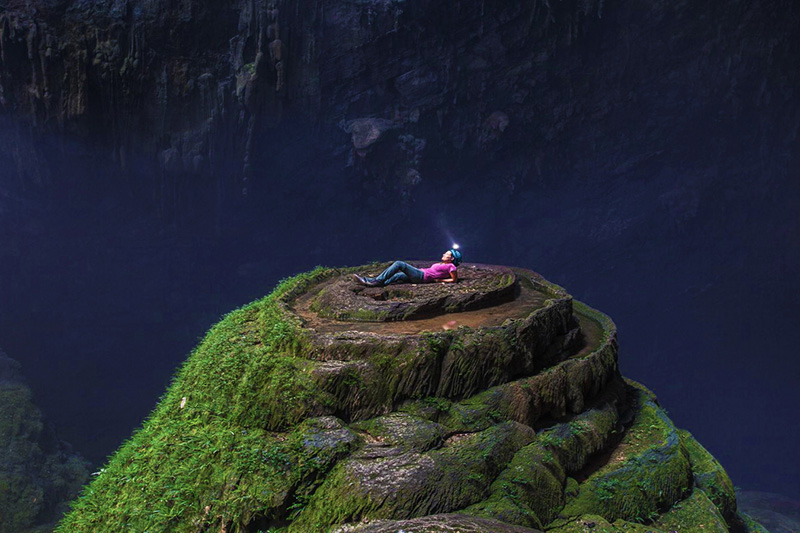 Have you ever heard about the Son Doong cave – the biggest cave in the world? Do you want to know about the 8 secrets of this cave? Do you … 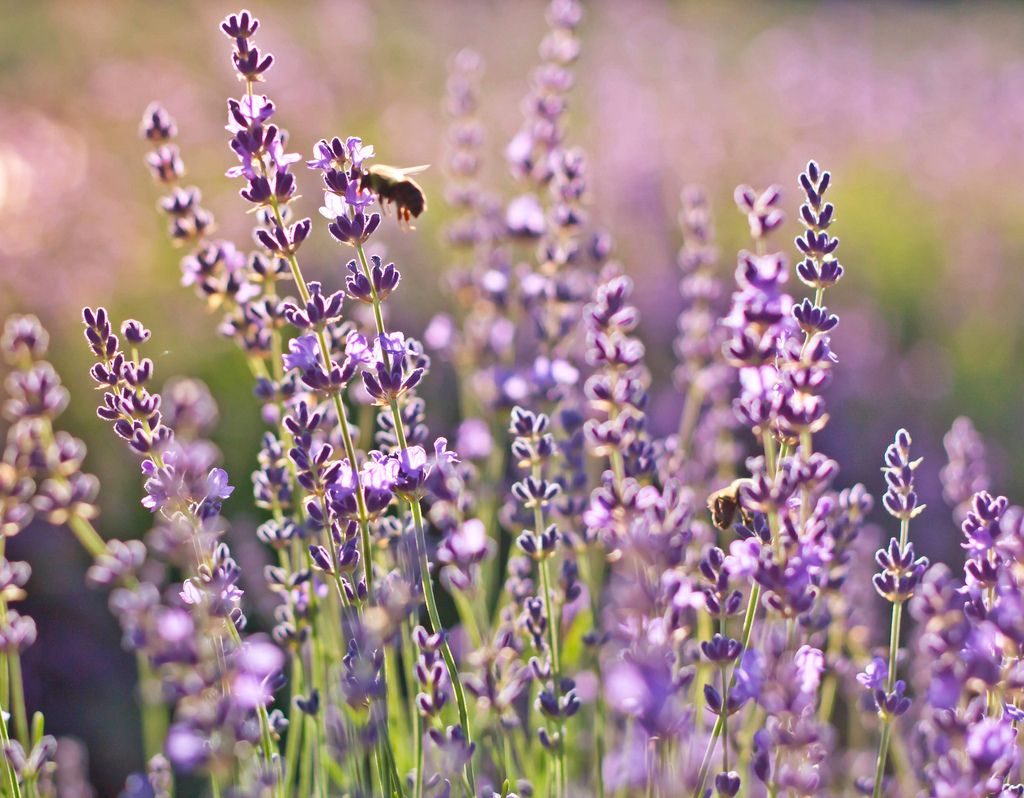 The Most Wonderful Lavender Fields In Da Lat June 14, 2018 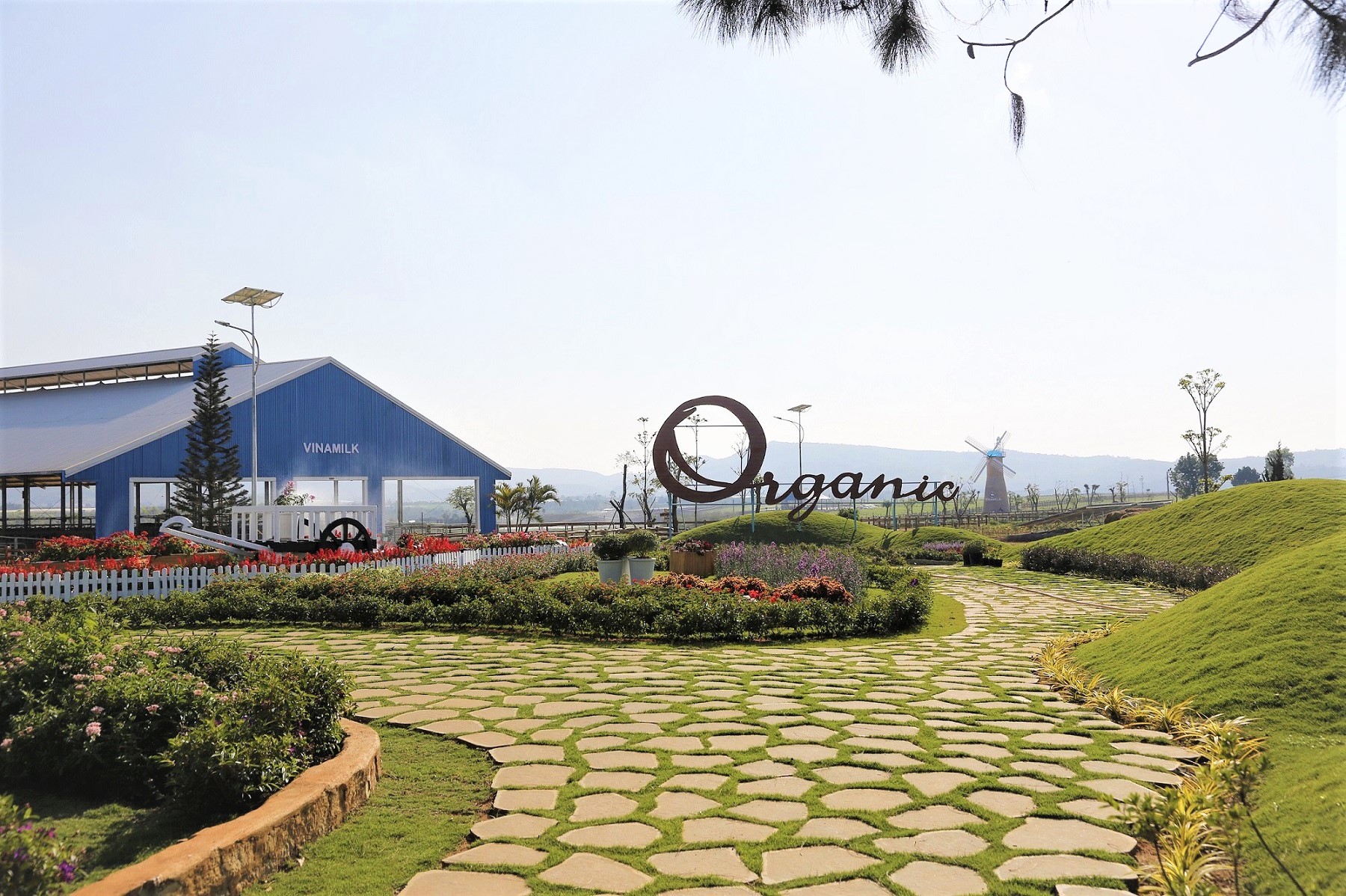 One of the most interesting things to do when you travel to Da Lat is visiting the farms in here. Walking the street, enjoy the fresh air, taste the delicious … 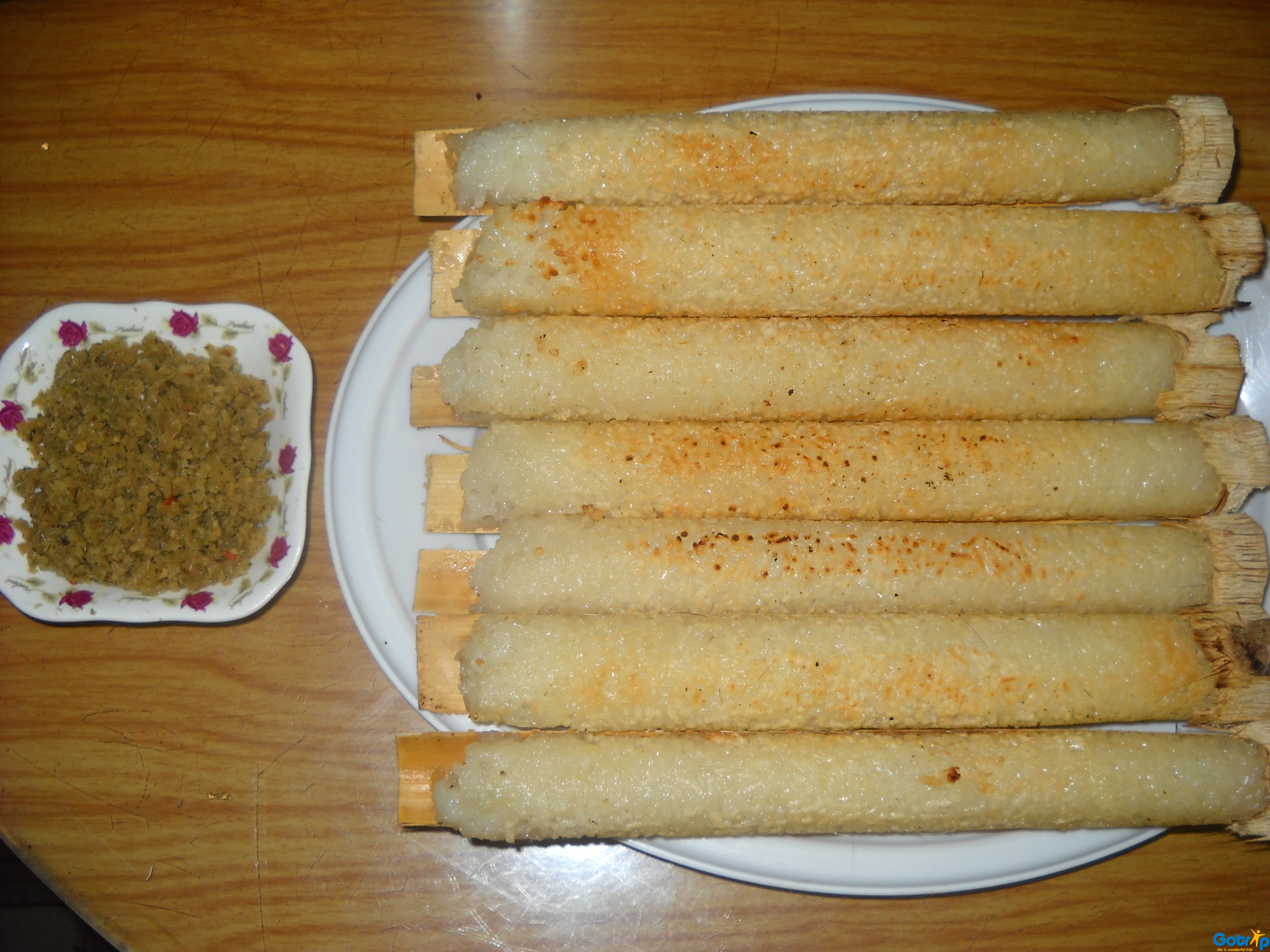 Not only famous by natural mountain scenery, cool air, Sapa tourism also attracts visitors by the unique food, bringing the flavor of the Northwest forest. Let discover together by the …