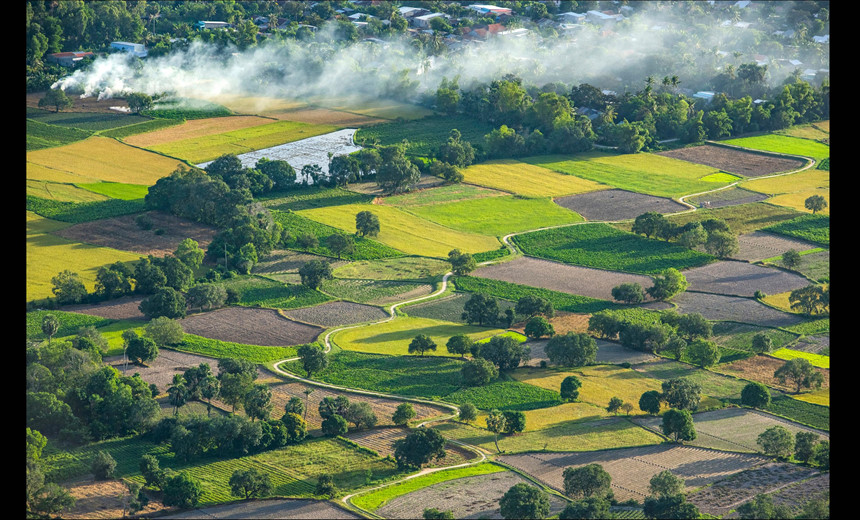 Located in the West of the Mekong Delta between the Tien GIang and Hau Giang Rivers, An Giang has about 95km of border in common with Cambodia. Lying along the Cuu Long River, the province includes some midland areas and low mountains. Therefore, it is gifted a unique equatorial climate with with a strong monsoon influence.

Majority of residents living in An Giang Province are the Kinh, Khmer, Cham, and Hoa. Since located in the monsoon tropical climate, the annual average temperature in An Giang Province varies between 26 and 28 C. the dry season begins from December to April, and the rainy season starts from May to November. Floods often occur from the middle of August to the middle of November.

An Giang province is divided by many rivers and canals that make a convenient water transport system. Especially, the Tien and Hau rivers, two large branches of the Mekong River, run across the province. Annually, both vast rivers bring along with them millions of cubic meters of alluvium to the region. As a result, the deposits have formed several islets which are extremely fertile and covered with lush green vegetation.

An Giang has long been famous for its traditional occupation of mulberry growing, silkworm raising and silk weaving.

Geographically, An Giang Province locates in the upper reaches of the Mekong Delta. Two largest rivers dominate the area of this provinces are Tien River and Giang River, which are branches of Mekong River. Most of An Giang is fairly plat area and divided by many rivers and rivers. This terrain has led to An Giang being an important agricultural center, providing remarkable quantities of rice. The Cam Mountains, also known as the Thất Sơn range or the “Seven Mountains”, are located in the western Tịnh Biên District. Followers of the Bửu Sơn Kỳ Hương tradition, founded in An Giang in 1849, refer to these mountains as Bửu Sơn, “Precious Mountains”.

Located in the region of Oc Eo Remains Site, An Giang has many relics related to the ancient Oc Eo Civilization. According to many archaeologists, An Giang was the location of a bustling commercial sea port built with many major architectural projects which can be traced back to the first century. This statement has glorified the province as a one time economically and culturally prosperous locality.

An Giang Province was originally established in 1832 when Vietnamese migrants moving southwards in search of new land. Basing on the position of this province on the river, An GIang is recognized as one of the significant center of the vanished Óc Eo culture. Silk products are its famous specialty.

The Ba Chuc massacre of April 1978, in that border province with Cambodia. On the day the Khmer Rouge began its series of border raids, April 15, 1978, Ba Chuc was a quiet little village of about 3,500 people. For two weeks, ending April 30, 1978, the Khmer Rouge tore through Ba Chuc slicing to bits anything that breathed, literally ripping apart young children limb from limb and hacking the adults to pieces with machetes. When the raids ceased the population of Ba Chuc had been reduced to 2.

Since An Giang is criss-crossed by many rivers and canals, it has a relatively convenient land and water transport system. National Road 91 connects to Cam-pu-chia. Buses run from Chau Doc to Long Xuyen, Cantho, and other destinations in the Mekong Delta. 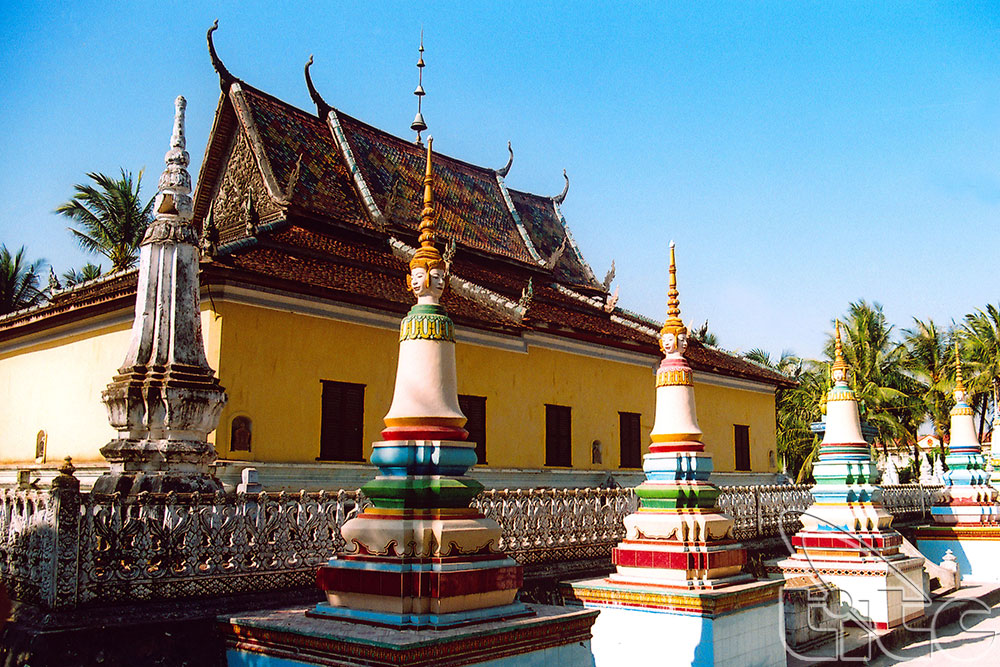 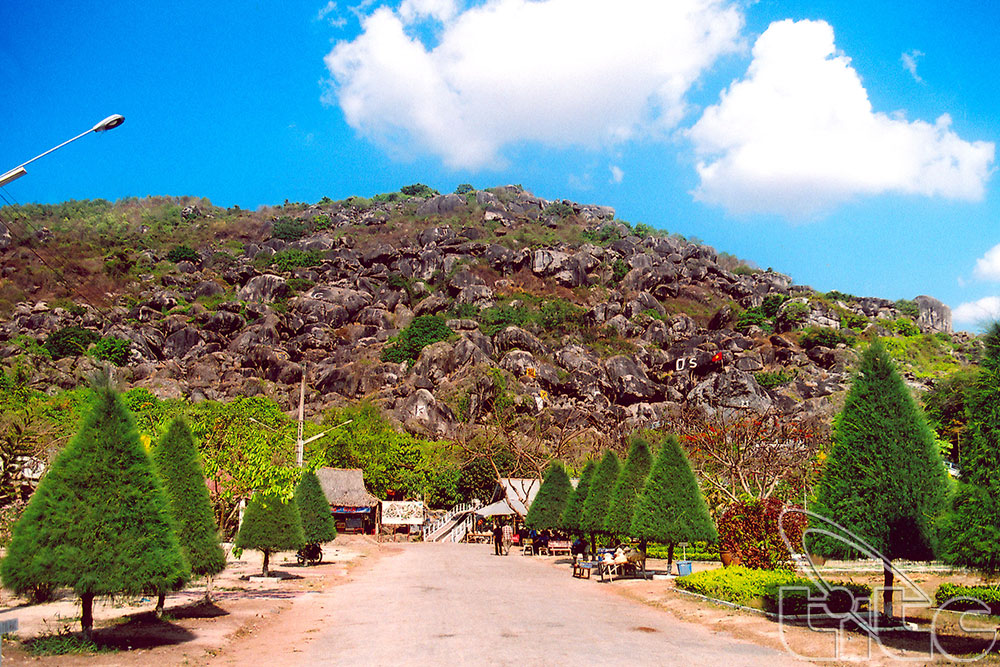 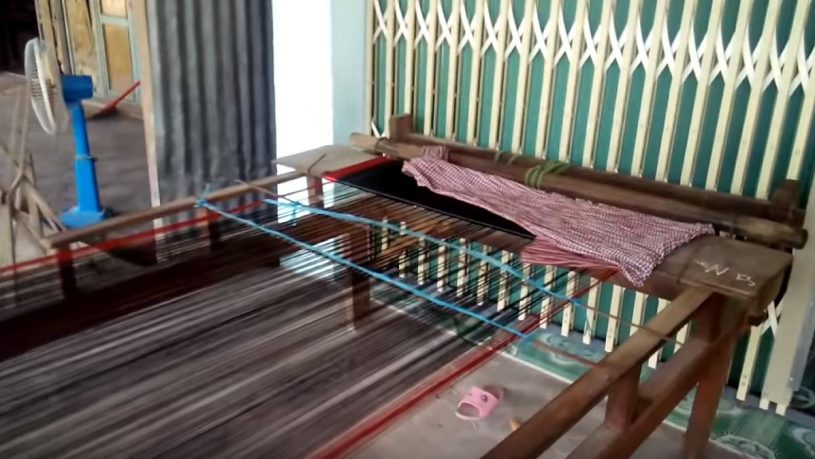 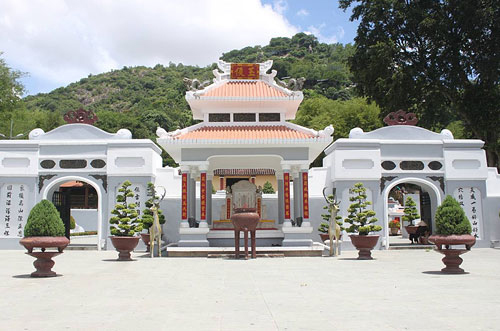 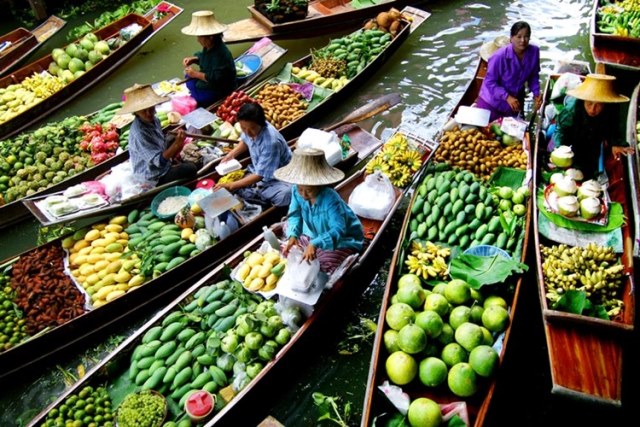 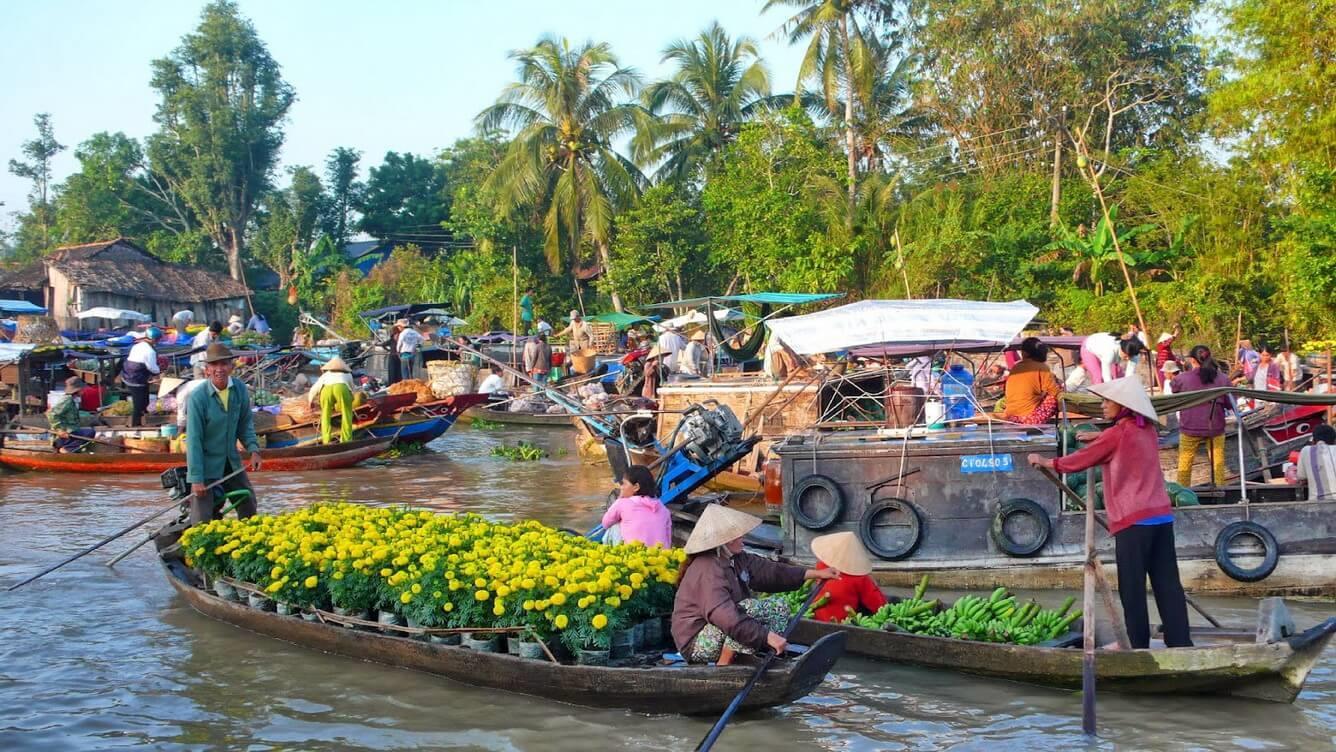