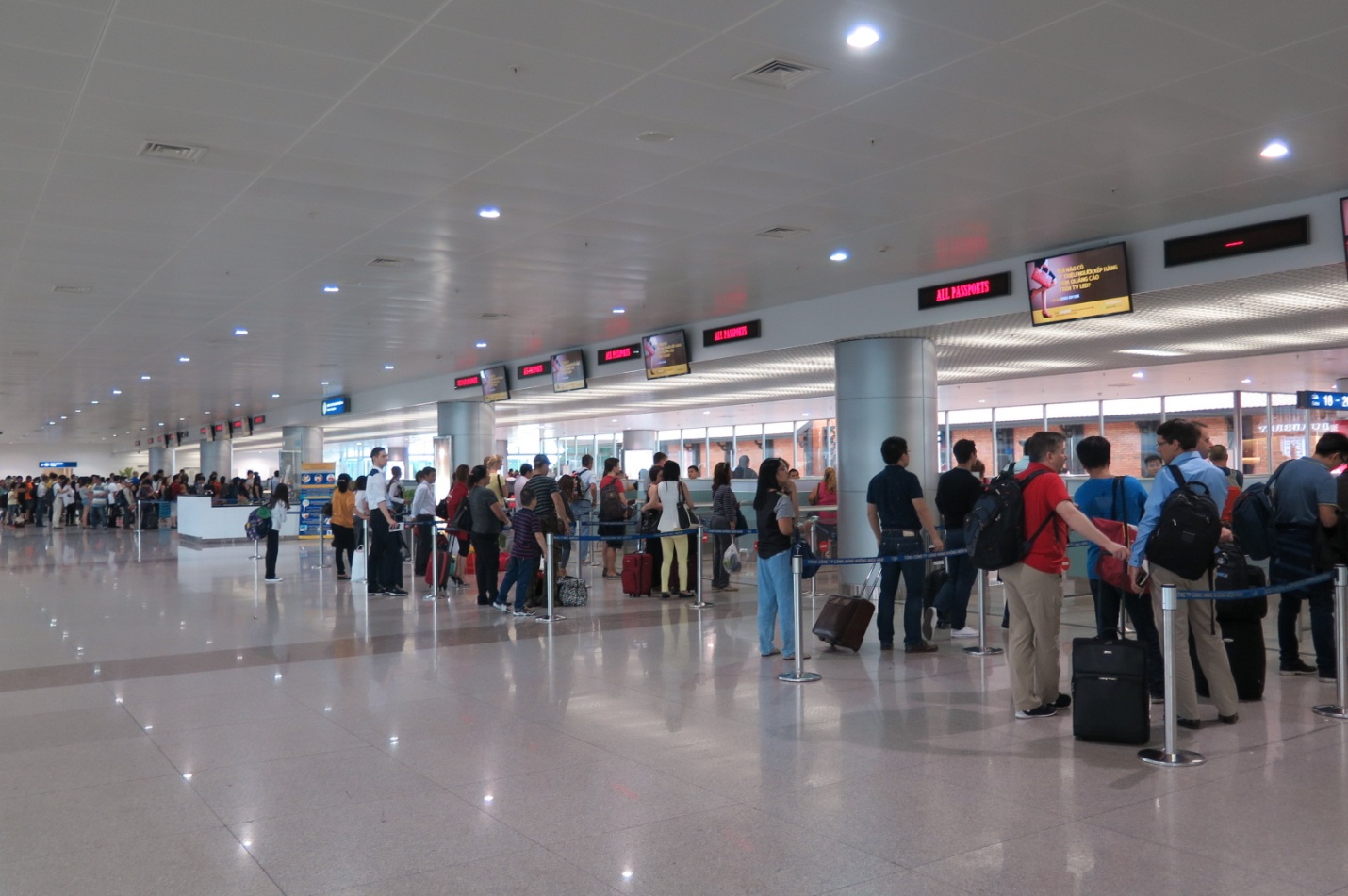 Tan Son Nhat airport is one of three international airports in Vietnam beside Noi Bai airport in Hanoi and Da Nang airport in Da Nang. This airport plays an important role as a main gate to enter the economic regions of Vietnam.

Moreover, Tan Son Nhat is also one of the international airport centers in Southeast Asia. Therefore, this airport daily welcomes hundreds flights and thousands passengers coming to Vietnam from other capitals and large cities all over the world. A total of 22 international airlines operate regular flights to and from Tan Son Nhat Airport, including Cathay Pacific, Japan Airlines, Singapore Airlines, Air France and Lufthansa.

In the 1990s, to follow up the development of regional airport market, the Civil Aviation Administration of Vietnam spent more than US$10 million upgrading the Tan Son Nhat Airport terminal to receive 3.5 million passengers a year and widening the 25R runway so that the airport is capable of receiving all modern airplanes operated by international airlines. In addition, the airport is also equipped with modern communications and piloting systems as well as auxiliary ground facilities. The hardstand area was widened by 1.5 times, and the parking area for such airliners as Boeing 747-400, Airbus A.340, IL.86 and Boeing 767-300 was doubled.

Between 1993 and 1996, Tan Son Nhat Airport saw a sharp increase in throughput, with an average growth rate of 35% in passengers and 18% in cargo.

The first phase (1995 – 2000): the airport has to expand and modernize the area of terminals and airstrips. In addition, it also needs to upgrade the 25L runway to meet international standards. When this objective is completed, Tan Son Nhat airport will have a large capability that is able to receive eight million passengers and handling 200,000-300,000 tons of cargo a year. Moreover, it can take 35 to 40 airplanes and 6250 cars at a time in its parking lot. The fund for finishing this first phase will be about US$ 558 million.

The second phase (2000 – 2010) is to conduct the construction of a terminal northwest of the 25R runway and a road linking the current and the new terminals. With this done, the airport is capable of receiving about 30 million passengers and handling one million tons of cargo every year. Its parking area will be able to cater for 100 airplanes as well as 32,000 cars. The second stage is expected to require US$3.3 billion.

On Christmas Eve 1959, The Caravelle Hotel was inaugurated in a festival with free silver trayed canapés, vintage Champagne, and affability. In fact, the hotel had opened in seven months …

Location: Ho Chi Minh Municipal Theatre is located on Dong Khoi Street, Ho Chi Minh City, between the Caravelle and Continental Hotels. Characteristics: The theatre has a rotating stage and …

Chosen to be President Ho Chi Minh’s residence and office from May 1958 until his death, a stilt house is located in a large garden at the back of the …

History of the ao dai costumes in Vietnam January 9, 2013

The Ao Dai is a Vietnamese traditional outfit, now most commonly worn by women. At the present, nobody can know the original form of the ao dai. In the past, …

Location: Co Loa is a name of a historical relic which exits throughout thousand years of history. Established from the ancient age, this citadel had enormously become an urban city …